Welcome to District Wildlife Solutions! We are a family owned and operated wildlife removal company servicing Prince George’s County and the greater Washington DC area. Our company specializes in humane wildlife trapping, removal and repairing of the damage caused by these unwanted guests. We specialize in bird conbtrol, bat colony removal, wild animal and rodent trapping and removal. We handle species such as squirrels, raccoons, skunks, opossums, groundhogs, snakes, and more. We pride ourselves on the quality of our work as well as our commitment to outstanding results. We look forward to building long-term relationships with our clients and guarantee your satisfaction! Weare a locally owned and operated company that values honesty and integrity, and stands behind our work. Call us now at 301-273-6020 for your Washington DC wildlife control needs.

About District Wildlife Solutions and Our Services:

Thorough inspection of your property and attic.

Complete removal of squirrels in the attic

Call us any time to discuss your wildlife problem! 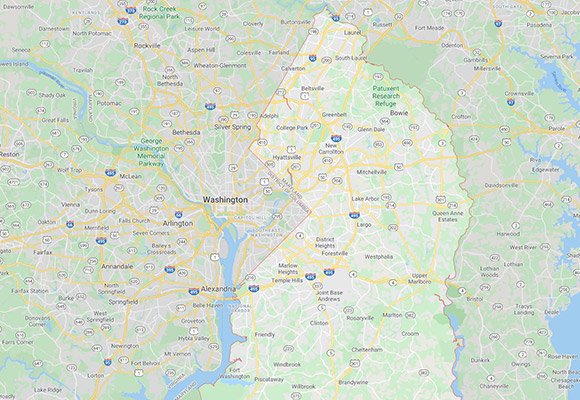 Although there are several different species of opossum that are to be found around the world, when someone in the United States is talking about an opossum problem, they are generally referring to the Virginia Opossum. These small animals are usually around the size of a cat or small dog, and are covered in grey fur, with a patch of white fur around the face and a light pink colored nose. There are several different ways to deal with an opossum problem, but there is generally no need to use lethal means to resolve an opossum infestation.

Signs Of Opossums Being Present
Probably the most common sign of opossum activity around your property will be the signs of their scavenging, as they will often tear open garbage bags or pet food sacks in order to get into the food sources within. In some cases, an opossum may be nesting in the attic or another cavity near your home, and in this case, you may see opossum droppings around, and while this is usually three to five inches in length, and with a tapered end. If there is a buildup of opossum droppings or urine in the attic, then in some cases this can seep through from the attic and leave an unpleasant brown stain on the roof of the living quarters below.

Using A Cage Trap To Catch An Opossum
The best way of dealing with an opossum is to use a cage trap to catch the opossum so that you can then relocate it in an area where it will no longer be a nuisance, and for this make sure you choose a trap that is an appropriate size for the animal. You should look to place the trap in an area where you have seen signs of the opossum being active, and bait the trap using canned pet food or fish, or using sliced apples as well. You should be checking your trap regularly to ensure that the opossum hasn’t been left for too long in the trap, and once you see you have caught the animal, cover the trap in an old blanket for transportation.

Where Should You Relocate An Opossum?
Before you relocate the opossum, it is worth having a good look around the property and checking your attic and other cavities or outbuildings to make sure that there isn’t a nest of baby opossums nearby. When it comes to choosing a location for releasing an opossum, the ideal surroundings will be in a woodland area that is well away from any other domestic or commercial properties. Because the opossum may be able to cover a reasonable distance, you should also ideally be relocating the problem opossum at least ten miles away, to minimize the risk of the animal finding its way back to your home where it was causing the problem.

Keeping Opossums Out Of Your Yard Or Garden
Having dealt with the opossum itself, you should also consider your yard and garden, and see if there are any steps you can take to keep the animals away from your property in future. Dealing with food sources is one of the most important things you can do, and for this you should ensure that any garbage is stored in a sturdy container that will minimize the spread of the scent of the garbage, while pet food should also be stored in a similar way. You should also consider removing any low hanging shrubs or wood piles in your yard or garden, as opossums generally prefer areas that provide cover for them and places to hide.