Welcome to District Wildlife Solutions! We are a family owned and operated wildlife removal company servicing Montgomery County MD and the greater Washington DC area. Our company specializes in humane wildlife trapping, removal and repairing of the damage caused by these unwanted guests. We specialize in bird control, bat colony removal, wild animal and rodent trapping and removal. We handle species such as squirrels, raccoons, skunks, opossums, groundhogs, snakes, and more. We pride ourselves on the quality of our work as well as our commitment to outstanding results. We look forward to building long-term relationships with our clients and guarantee your satisfaction! We’re a locally owned and operated company that values honesty and integrity and stands behind our work. Call us now at 240-292-0099 for your Washington DC wildlife control needs.

About District Wildlife Solutions and Our Services: 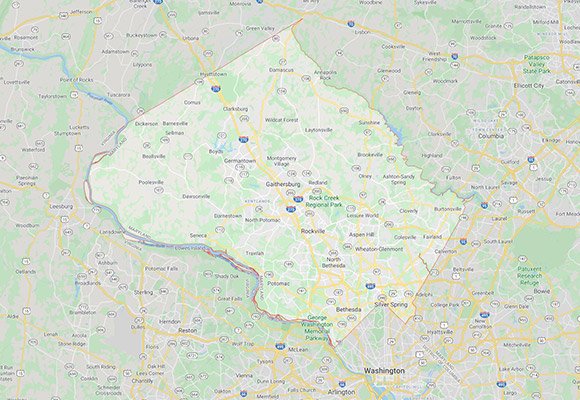 Snakes are a species that is found in many areas of the country but is extremely diverse. As such, different varieties of snakes must be dealt with differently. As it can be difficult to identify snake types and to know whether they are venomous, it is advised to hire a professional to deal with an infestation. With these things in mind, we will highlight humane methods of identifying a snake issue on your property and resolving the issue.

Signs of Snake Activity Near Your Property:

If you are worried that you may have a snake active on or around your property, there are several ways that you may be able to use to identify whether there is a snake present, and this doesn’t have to be something as obvious as discovering a snakeskin. Like any other animals, snakes will leave droppings if they are active around your property, and these will tend to be soft, but can have some visible fur in the feces depending on their diet. You may also see signs of snake movement, which will leave a distinctive wave-like shape through damp or moist soil present around your home.

Using Adhesive Traps to Catch and relocate a Snake

The most common method of dealing with a snake humanely is to use an adhesive trap to catch the snake. If attempting this, it is important to make sure that you have identified the species that you are trying to catch and use a trap of an appropriate size. You should make sure that you place the trap in an area where you can see signs of snake activity, and the best location is usually at the base of a wall or fence where you have seen signs of snake activity. You will then need to monitor the trap regularly until you have caught the snake causing the problem, and then relocate the snake at least ten miles away in a rural area. To release the snake, remove the cover from the trap, and pour vegetable oil over the snake, which will then loosen the adhesive.

A maze trap is similar in some ways to an adhesive trap, in that it is generally encased in a box, but instead of having an adhesive, inside the walls of the maze force the snake to get in further but prevent it from getting back out. In terms of the location of the trap, this can be placed using the same guidelines as those for an adhesive trap. The key difference of using a maze trap is that the snake will be upended when the lid is released, so you should take precautions to ensure it doesn’t strike at you.

There are several steps that you can take that will prevent snake infestations around your property, and one of these is to make sure that you don’t have food sources for the snakes around your home. According to District Wildlife Solutions, snakes are generally attracted to domestic properties because of a rodent problem, so make sure that you deal with any rodent problem around your home promptly. There are also steps that you can take to amend your fencing to make it more difficult for the snakes to get in, so you may wish to consider a wire mesh fence with a narrow space between the wires and consider embedding this into the ground to prevent them from slithering underneath.