Finding A Raccoon Exterminator To Solve Your Raccoon Problem

One of the natural reactions that many people will have when they experience a wild animal problem is to want to kill the animals that are causing the problem, so trying to find an exterminator for almost any animal is a common occurrence. Raccoons are definitely one of the most frustrating animals to have active around your home, and they can actually cause a significant amount of damage if allowed to stay in your home unhindered. However, how common are raccoon exterminators?

Why Do Most Animal Removal Experts Not Kill The Raccoon?
The most common people that you will find that can deal with a raccoon infestation is actually an animal removal expert, rather than an exterminator. One of the first issues is that raccoons are fairly large animals, so the lethal traps that can be used to kill raccoons are actually very dangerous to other animals around your property as well. The other issue is that the use of poisons is also extremely hazardous, and the result of these factors is that most professionals will actually remove the raccoon rather than kill them outright in your home.

How Will A Professional Deal With A Raccoon Problem?
The main way that professionals will approach a raccoon problem will be to use cage traps to catch the animals, and these traps will generally be baited with meaty pet food, although some also use marshmallows and peanut butter as bait. One of the main reasons for this approach is that in many cases the most efficient way of dealing with a raccoon is to actually to relocate the animal well away from the area where it is causing the problem. This approach avoids the use of poisons, and also means there is no need to dispose of the animal’s carcass in this way.

What About Legal Restrictions About Relocation Of Pest Animals?
One factor that can have an impact on the approach of animal removal experts when they are dealing with raccoons is that some states in the country do have regulations about what can be done with raccoons. In some areas there are provisions preventing the transportation of pest animals, while others prevent or restrict where raccoons can be released. What this means is that in some areas there will be facilities where a raccoon can be taken to be euthanized humanely, but this approach does also mean that the carcass will be disposed of properly as well.

Preventing Raccoons From Becoming A Pest In Other Domestic Homes
A major concern for most animal removal experts is to make sure that any relocated animals do not then become a nuisance for other homeowners, so choosing the right spot to release a raccoon is also very important. The ideal spot for relocating raccoons should be in a rural area that is well away from other domestic properties, while it should also ideally be in close proximity to woodland, as this is the natural habitat of raccoons and offers them the best chance of survival after being relocated. 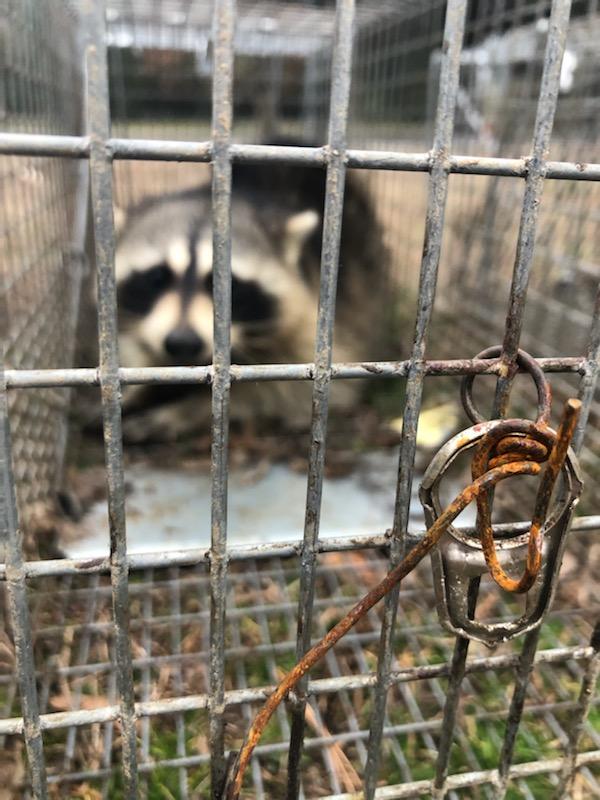 Carrying Out Repairs After A Raccoon Infestation
Many animal removal experts can also help you with repairs around your property after an infestation, but you can also carry out this work yourself. The first step is to repair all of the holes the raccoons were using to get in and out, so in this case these are best repaired by replacing the wooden soffits, or smaller holes can be repaired with metal flashing. You should also look to replace any soiled insulation in the attic, as this can be an ongoing health hazard if allowed to remain in the attic of the property.

Visit our Washington DC wildlife removal home page to learn more about us.